The £55bn (2.0% of GDP) tightening in fiscal policy announced today by the Chancellor, Jeremy Hunt, appears to have been enough to satisfy the financial markets. What’s more, he’s protected the economy by loosening policy for the next two years and implementing the tightening in the following three years. That limits the size of the recession that has probably already started. But it does push the onus back to the Bank of England to raise interest rates to reduce inflation to the 2% target.

The £55bn package of tax hikes and spending cuts by 2027/28 was as expected. It is the largest tightening in policy since the Osbourne “austerity” Budget of 2010, and therefore hammers home to the markets that the Sunak/Hunt partnership takes fiscal discipline much more seriously than Truss/Kwarteng did.

Admittedly, none of the squeeze happens in the next two years and, according to the OBR, Hunt has actually loosened policy in 2022/23 (by £3.8bn) and in 2023/24 (by £0.3bn). All the tightening therefore occurs in the four years from 2024/25. It’s possible some of this never sees the light of day as the next election will be in 2024. What’s more, Hunt relaxed the main fiscal rule so that the underlying debt ratio only needs to be falling in five years’ time (i.e. in 2027/28) rather than in three years’ time. And he loosened the other fiscal rule from binding in three years to in five years too, as well switching it from balancing the current budget to a total budget deficit of no bigger than 3% of GDP (this is slightly looser as it allows more flexibility on the mix of day-to-day spending and investment).

That said, he’s tightened policy enough to give himself “headroom” of £9.2bn (0.3% of GDP) against the first looser rule. And given that gilt yields have only risen a touch since Hunt’s announcement and the pound has only fallen a bit, it appears as though the Chancellor has still done enough to satisfy the markets and restore some of the fiscal credibility of the government that Truss/Kwarteng squandered.

The Chancellor was always going to have a tough job of satisfying the markets while not damaging the economy, and it looks as though he’s struck a decent balance. Arguably, the £9.2bn of headroom means that policy has been tightened by more than necessary. But with 51% of the fiscal squeeze by 2027/28 being driven by tax hikes and 49% by spending cuts, that’s not a terrible mix for the economy (spending cuts tend to have a bigger drag on GDP). And by loosening policy in the next two years but tightening it later, the Chancellor is cushioning the recession and then sorting out the public finances when the economy is better placed to cope. Indeed, the OBR is forecasting a recession involving a peak-to-trough fall in real GDP of 2.1%, but it says without the policy support the fall in GDP would have been 3.2%. And despite the fiscal tightening in later years, after falling by 1.4% in 2023, the OBR expects real GDP to rise by 1.3% in 2024 and by an impressive 2.6% in 2025, 2.7% in 2026 and by 2.2% in 2027.

The overall tightening in fiscal policy means that interest rates won’t need to be as high as otherwise over the whole forecast period. But with most of the fiscal tightening not taking place until 2025/26, the Bank will need to raise interest rates to reduce inflation from 11.1% in October to the 2% target. Our forecast is for interest rates to rise from 3.00% to 5.00%, although the risks to that forecast lie on the downside.

We’ll be discussing the implications for the economy and the financial markets of the Autumn Statement in a 20-minute online briefing today at 4pm GMT. (Register here.) 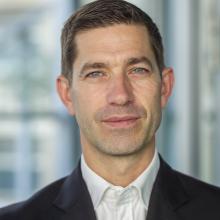