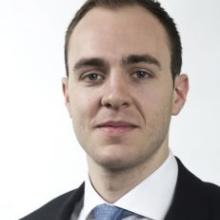 The Bank of Canada expects GDP to move above its pre-pandemic trend in 2023 but, given the potential for oil prices and residential investment to decline, we think its forecasts will prove too optimistic.

Alongside its decision to keep the policy rate unchanged at 0.25% and to cut the pace of its asset purchases to $2bn per week (see here), the Bank released a new set of forecasts in its latest Monetary Policy Report (MPR). While the weaker-than-expected first quarter caused the Bank to revise down its expectations for GDP growth this year to 6.0%, from 6.5%, the upgrades to its forecasts for 2022 and 2023, to 4.6% and 3.3% respectively, mean it now expects GDP to move above its pre-pandemic trend in 2023. That contrasts with our own view, set out in our Canada Economic Outlook this week, that GDP will remain just below that trend. (See Chart 1.)

The difference between our forecasts partly relates to our assessment of potential GDP. While we spent last year arguing that the Bank’s estimates of potential GDP were too low, they now look too high. The Bank thinks potential GDP will be only 0.3% lower in 2023 than if there had not been a pandemic but, for that to be the case, large gains in productivity will have to offset the sharp fall in immigration in 2020 and 2021. We are not convinced that productivity growth will rebound as strongly as the Bank assumes.

We are also less optimistic about the outlook for commodity prices, which will prevent natural resource investment from rebounding by as much as the Bank expects. The Bank bases its forecasts on the assumption that oil prices are unchanged and used a WTI price of $70 for its latest set of projections. By contrast, we expect WTI to decline to $57 next year.

The Bank is also much more upbeat than us on the prospects for growth elsewhere in the world. The Bank sharply revised up its forecasts for US GDP in the July MPR, and now assumes growth of 6.6% this year and 5.1% in 2022. That means the Bank’s forecasts are much stronger than our own forecast that US GDP growth will be 6.0% this year and 3.5% in 2022. (See our US Economic Outlook.)

While the Bank’s forecasts are now more optimistic than our own, Chart 1 shows that the divergence only develops in earnest in late 2022. Given that we agree about the likely recovery over the next 12-18 months, we continue to expect the Bank to bring its asset purchases to a close by the end of this year and think it will stick to its plans to first raise interest rates in the second half of 2022.

Nevertheless, our assumption that the Bank will wait until the end of 2022 to raise interest rates is still about six months later than markets are pricing in and, given the risks from residential investment, we would be surprised if the Bank hiked by as much as markets seem to expect over the coming years.

Next week, we expect to learn that retail sales fell slightly in May, while the Teranet measure of house price inflation accelerated further.

We estimate that the Teranet measure of house price inflation rose to 14.5% in June, although it is probably close peaking.

The MLS house price index has already been released and showed a 0.9% m/m increase in prices in June. That was the weakest in more than a year but, because Teranet takes a three-month average to smooth volatility, it will still capture some of the greater strength in the prior two months. We therefore expect a larger gain of 1.5% m/m, which would be enough to push the annual rate up to 14.5%, from 13.7%.

The sales-to-new listing ratio has come back to earth in recent months and now looks broadly consistent with house price inflation peaking at close to 15%. (See Chart 2.) We expect the ratio to decline over the rest of the year, but house prices should continue to rise at a strong clip, at least by pre-pandemic standards.

Retail sales appear to have fallen again in May, driven primarily by a decline in vehicle sales.

Alongside the April data, which showed a large 5.7% m/m fall in retail sales, Stats Can said its preliminary estimate pointed to a further fall of 3.3% in May. Given that stores in some parts of the country began to re-open in the second half of the month, the final estimate may be slightly stronger, but it still seems likely that retail sales declined sharply due to the weakness of motor vehicle sales. The timelier data shows that new vehicle sales fell sharply in May. (See Chart 3). We suspect that was mainly due to the shortage of vehicles for sale following the disruption to production from the global semiconductor shortage.

Those shortages may continue to hold back sales but, with consumer confidence rising to a fresh record high in recent weeks, the latest preliminary estimate should still show a strong rebound in June given that most stores re-opened.

Peak rates likely to be lower in Canada

We still expect the peak in interest rates to be markedly lower in Canada than the US, as household debt is a lot higher, labour market conditions are weaker and there is scope for a much bigger drop...

Hike it till you break it

The Bank of Canada’s hawkish communications this week, alongside its 75bp policy rate hike, suggest that it remains unfazed about the downside risks to activity and that it initially favours a 50bp...

Hawkish Fed forces the Bank to do more

The hawkish message from the Federal Reserve this week has prompted us to revise up our forecast for the peak policy rate in Canada to 4.0%, even as the latest data suggest that inflationary pressures...

Latest surge in travel prices should soon be reversed