The impact of China’s trade restrictions on Australia

Trade tensions with China have continued to escalate in recent months. In this Focus, we’ll start by describing China’s importance as a trading partner to Australia and examine how damaging the current trade war might become.

Trade tensions have continued to escalate

Australia is rich in commodities and its relative proximity to China makes it very price competitive. And in principle, virtually all exports from China are duty-free thanks to the China-Australia Free Trade Agreement which entered into force in 2015. In reality though, trade tensions with China have continued to intensify in recent months. The main causes appear to be Australia’s demand for an independent investigation into the origins of Covid-19 and investigations into Chinese influence operations in Australian politics.

But the list of 14 disparate grievances with Australia that China recently published points to a more fundamental hostility to many of the elements of Australia’s liberal society – a free media, think tanks and politicians speaking their minds.

As such, it seems likely that tensions will remain indefinitely: China under Xi Jinping is asserting itself more globally, including much more widespread use of economic coercion to pursue its goals. One recent study identified 57 cases of “coercive diplomacy” by China in 2019, ten times the annual average before Xi became leader.

In addition, China has adopted a new “dual circulation” economic strategy in response to threats from the US and others to “decouple”. One aspect is to reduce China’s dependence on foreign producers in areas where supply could be cut off.

China is by far Australia’s largest trading partner, accounting for 39.4% of goods exports and 17.6% of services exports in 2019/20. Taken together, those exports were worth 8.4% of GDP. (See Chart 1.) According to OECD estimates, the domestic value-added content of Australia’s exports is around 90%, so the share of Australia’s output directly dependent on Chinese demand is around 7.5%.

Table 1 lists the products that have come in the firing line. Together the measures affect nearly one quarter of all exports of goods and services to China. Not all of them will be equally effective. For example, students may not heed the warning that Australia is a dangerous place to study. It’s also possible that importers will defy the orders or start importing Australian products via third countries. And if Australia has a cost advantage for a given product, it may simply replace other providers in markets outside of China.

Australia’s exports to China were still rising faster than those to other countries throughout this year. (See Chart 2.)

Indeed, the impact of the restrictions is now being felt at the industry level. The anti-dumping investigation into Australian barley exports already started in November 2018. Farmers responded quickly by planting less barley and barley exports have fallen by 33% since then – far larger than the 18% drop in wheat exports in the wake of the drought. (See Chart 3.) And beef exports are down 20% since May whereas those of other meat have risen by 25%. If the restrictions imposed so far resulted in the complete stop of purchases of the affected goods from China, they could knock 1.8%-pts off GDP.

But perhaps the more interesting question is whether China will go further and impose restrictions on other items. Chart 4 helps to answer that question. In principle, the further to the top right a product category is located, the more difficult it will be for China to replace imports from Australia. That said, it may still be possible if China has ample domestic capacity. The size of the bubble shows the absolute amount of exports from Australia to China.

We’ll start with the elephant in the room: iron ore. Iron ore accounted for 55% of exports to China in the year to June and the further rise in prices since then means it may now account for a mammoth 60%. We reiterate our view that iron ore will not face major restrictions as Australia accounts for 60% of China’s imports and 55% of global exports. (See Chart 5.) Even with the partial recovery of Brazilian output, after the closures associated with the tailings dam collapse in 2019, we estimate that Australia still accounts for more than half of global iron ore exports.

Of course, China could still opt to source as much iron ore as it can from other (typically higher cost) suppliers. But given that Australia can produce at lower cost, Australian producers could then ship to the original markets of their competitors. In this scenario, world iron ore demand doesn’t change.

In principle, a bigger threat is that the government could incentivise a switch to steelmaking with electric arc furnaces (EAFs) (which use steel scrap rather than iron ore and are more environmentally friendly). However, there is unlikely to be much of an immediate impact as the switching to EAFs would take time.

Turning to coal, China meets around 90% of its needs via domestic production. (See Chart 6.) But it is still the world’s largest importer and Australia accounts for half of those imports and 40% of global exports. By telling importers to stop buying Australian coal, the government may have been trying to kill two birds with one stone as coal imports always drop off in the final months of the year as officials try to ensure that imports do not rise on an annual basis (a semi-official target). Discouraging Australian exports would help to meet the target. As it happens, China has recently raised quotas on coal imports from Russia and Indonesia in an effort to stem rising domestic prices. It has also been encouraging domestic production.

So far, preliminary data suggest that Australia’s overall coal exports held up well in the final quarter of 2020, despite a slump in exports to China. Exports to non-traditional markets have risen particularly strongly. (See Chart 7.)

Australia exports both thermal (power generation) and coking (steelmaking) coal in roughly equal quantities to China. However, due to their higher price, coking coal exports to China were worth $10.2bn in 2019/20, whereas Australia shipped a smaller $4bn in thermal coal to China.

For thermal coal, there are more alternative sources of supply, including Indonesia, which is geographically closer to China. Coking coal is more problematic to source elsewhere and import costs are likely to rise.

From Australia’s perspective, we suspect that it may also prove difficult to find alternative markets for its coking coal. China accounts for half of the world’s steelmaking capacity and its steel industry expanded in 2020, while production elsewhere fell. Reflecting our view, the price of Australian coking coal has plummeted recently, while China’s domestic prices have soared. (See Chart 8.)

The upshot is that we think China may be able to retain its effective ban on Australian coal for some time, but it may have to accept higher import costs. For Australia, we think it will probably mean somewhat lower volumes and prices. (See here.)

Meanwhile, Australia exported $16.4bn of liquefied natural gas (LNG) to China in 2019/20. Those exports accounted for more than a quarter of China’s natural gas imports in both value and volume terms. But while Australia accounted for 22% of global LNG exports, it only supplied 13% of all global natural gas exports, including gas transported by pipelines.

Accordingly, there are plenty of alternative suppliers, including the US. China could follow through on its Phase One trade deal pledge to buy more energy from the US. Although transport costs are higher from the US, the price of US natural gas is currently significantly lower than the spot LNG price in Asia.

That said, China would find it more difficult to reduce its imports of Australian LNG given that most of the gas is bought on long-term contracts. Admittedly, China declared force majeure on some LNG import contracts back in the depths of the virus-induced national lockdown, but arguably it could claim exceptional circumstances then. Given the contract commitments and the steady growth in China’s LNG imports, we think that LNG imports are unlikely to be targeted for now.

Turning to gold, about 15-20% of Australia’s gold exports go to China, but annual volumes are volatile. This probably reflects the fact that there are many alternative suppliers of gold. What’s more, transport costs are not a factor given the relatively small quantities involved, so Australia does not have a competitive advantage. China’s gold imports plunged in 2020, in part owing to higher prices. But Australia’s exports remained robust owing to strong investment demand in the UK, in particular, and the US. The surge in gold prices in 2020 is encouraging production in Australia, but we doubt that the loss of the Chinese market would prevent a rise in Australia’s export volumes.

Australia is an important source of inputs to China’s huge aluminium sector, though exports of alumina were worth a modest $1.6bn in 2019/20. China is reliant on bauxite imports owing to limited, and reportedly low quality, domestic supplies. That said, China has already diversified its import suppliers. Indonesia had been the primary source of imported bauxite, until it imposed an export ban. After some disruption, China now imports from India, West Africa and Malaysia, as well as Australia. In 2019, Guinea became the largest source of bauxite imports, after Chinese companies invested heavily in developing mines there. Admittedly, Australia is the world’s largest exporter, but we think China could source from elsewhere. Accordingly, it is possible that bauxite and/or alumina are targeted in any deepening of the trade tensions.

Finally, there are of course a huge variety of smaller product categories. We estimate that apart from the items already discussed above, Australia exports around $26bn in various goods to China. Reports that some Chinese cities are already facing blackouts due to the restrictions on Australian coal imports suggest that the Chinese authorities are willing to go to great length to harm Australia. If China restricted imports of smaller product categories for which Australia accounts for less than half of its imports, that would affect around $22bn in exports, which in turn contribute around 1% to GDP.

All told, we estimate that China could eventually restrict Australian exports that contribute around 2.8% to GDP. And given that the trade tensions are happening at a time when the economy is recovering from the pandemic, the influence may be difficult to see in the economic data. In fact, we still expect GDP to rise by an above-consensus 4.5% in 2021. And Australia should find other destinations for some product categories as China soaks up imports from third countries. Indeed, the resilience of coal exports suggests that the impact of Chinese restrictions need not be large.

We still expect the recovery in the Australian economy to be faster over the next couple of years than most anticipate. (See here.) But coupled with the slump in net migration due to the border closure, the trade tensions are another reason to think that Australia’s economy will never return to its pre-virus path. Our base case is that GDP will fall short of its pre-virus path by 1.5% by end-2022, but a further escalation of the trade war could result in that gap widening further. (See Chart 9.) 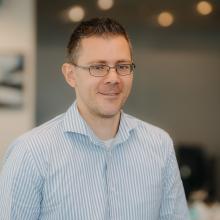 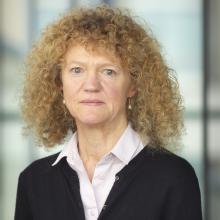 The trade balance widened to a five-month high in November even though import prices outpaced export prices last quarter, which suggests that net trade provided a sizeable boost to Q4 GDP growth.

Retail sales volumes declined last quarter on the back of a weaker-than-expected end to 2022. A solid increase in services spending means overall consumption should still have risen at a decent clip...

RBA not done tightening yet

The incoming data do not warrant a pause in the RBA’s tightening cycle and we expect the Bank to lift the cash rate to 3.85% by April. However, with inflation set to come off the boil, we forecast...