The confirmation that Brexit has been rescheduled from yesterday to the 31st January cleared the way for MPs to agree to a general election on Thursday 12th December that could resolve Brexit. With the Conservatives well ahead in the polls, a Conservative majority is the most likely outcome (Electoral Calculus predicts a majority of 76 seats based on the latest opinion polls). And going back to 1983, no party has failed to convert a substantial poll lead a month prior to an election into winning the largest share of the vote on the day (although Theresa May had a good go at it in 2017).

There is, however, a first time for everything. To the extent that the economy matters in an election dominated by Brexit, the slide in consumer confidence suggests the result will not be as clear as the polls suggest. (See Chart 1.) It points to the Conservatives and Labour being neck and neck.

If the Conservatives do win a majority, it could be the moment we move from a “repeated delay” Brexit scenario, in which demand continues to be hamstrung by Brexit uncertainty, to our deal scenario, in which we think GDP growth would pick up. Indeed, while Brexit isn’t the only thing that has been dragging on investment, the fact it has been weakest in the sectors most exposed to trade with the EU leaves us confident in our view investment could rebound if there is a deal. (See here.)

That said, Johnson’s deal could prove to be a mirage in the Brexit desert. In the new deal the future relationship is an open question, so the UK could end up trading with the EU on WTO terms come 31st December 2020 when the transition period ends. As a result, there is a possibility the deal does little to revive animal spirits. (See here.) On the other hand, if the government accepts it will take time to get a trade deal, extends the transition to December 2022, and pushes Brexit down the agenda, improved sentiment should shift the economy onto our stronger deal scenario forecast. (See here.)

As we’ve already hinted, the election might not play out as expected. Fortunately for readers, we have set out the possibilities in full here, and you can use our downloadable “Brexit & Election Simulator” to see which is most likely based on your own sense of how the election will play out.

In any case, the further delay to Brexit will mean uncertainty remains high for the time being. In the September minutes, the Monetary Policy Committee (MPC) said it expects excess capacity to continue to open up as a result. Despite this, the consensus is for the MPC to vote unanimously to keep interest rates unchanged at the November meeting next Thursday. We don’t dispute that interest rates will stay at 0.75%. But seeing as Michael Saunders has said he wants to be “nimble” and act to keep the economy “on track” even if the MPC has to reverse course later, we suspect he may vote for a cut. There is an outside chance Jan Vlieghe joins him. (See here.)

Before then there is the small matter of the Rugby World Cup final to attend to. Despite the UK’s Brexit woes, the economy is in better shape than South Africa’s. And while correlation doesn’t always mean causation, there is a passable relationship between the two nations’ economic performance and their fate on the rugby pitch. (See here.) Fingers crossed the relationship holds up, at least for one more day.

It kicks off with the remaining PMI surveys for October before the Bank of England weighs in with its rebranded “Monetary Policy Report” on Thursday.

Following a fall in the services and all-sector PMIs in September we expect they ticked down a little further in October, suggesting that the economy will remain weak in the fourth quarter.

The services PMI fell from 50.6 in August to a six-month low of 49.5 in September. The drop was broad-based, but most notably the future activity index fell for the fourth month in a row to its lowest level since the financial crisis. That points to another fall in the PMI in October.

The European Commission’s measures of services confidence in the UK slumped from -15.8 to -21.4 in October, its lowest level since 2012. As a result, we expect the services PMI to have fallen to around 49.0 in October. (See Chart 2)

Combining our services and construction PMI forecasts with October’s manufacturing PMI (49.6), we have pencilled in another drop in the all-sector PMI, from 48.8 to 48.0.

Despite this, we suspect that the surveys are overstating the slowdown in the hard data, as they have been for some time. Additionally, it is worth noting that the PMI excludes the resilient retail and government sectors. Nonetheless, the risks to our forecast for GDP to grow by 0.2% q/q in Q4 appear to be on the downside.

** Based on a scenario in which Brexit is repeatedly delayed. For more see our UK Economic Outlook “Outlook softer whatever happens with Brexit”, 14th October 2019. 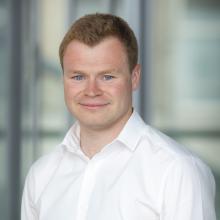 Inflation pressures easing, but too soon to sound the all clear

CPI inflation is falling, but domestic inflationary pressures are proving persistent as the labour market remains tight and wage growth remains strong. Combined with a more resilient economy than the...

It’s starting to feel like a recession will never happen, but it will. Admittedly, the government may be absorbing more of the hit to national income from the surge in the cost of energy imports than...

UK’s business investment position will get even worse

UK investment is already languishing well below that of its G7 counterparts and we suspect its investment and productivity position will worsen relative to its peers by the end of 2024. This raises...