The robustness of the economy displayed in the data released this week is an encouraging sign but there is no doubt that coronavirus disruption will deal a severe economic blow over coming months.

The unemployment rate was unchanged at 2.4% in February and industrial production rose for a third consecutive month. Most encouraging was the 0.7% m/m rise in retail sales which came despite a plunge in department store sales. And it was driven more by strong durables consumption than by stockpiling of food.

But these indicators should be read with caution. First, back in February, the main disruption to activity from the virus stemmed from the lockdown in China. Second, manufacturing and goods sales were always likely to weather disruption caused by the virus better than services, which account for 60% of consumption.

The Tankan survey conducted across March showed a deterioration in business confidence but to nothing like the depths reached during the Global Financial Crisis. It points to a weak but not disastrous 1.5% y/y fall in output in Q1. However, the Tankan index tends to be stickier than other soft data. We expect it to drop much lower this year.

Indeed, with new infections accelerating in Tokyo, Osaka and Fukuoka, lockdown in those cities is now a possibility. On total cases, Tokyo is the most likely region to impose lockdown. (See Chart 1.)

Even so, there have already been significant changes in behaviour, so whether a lockdown is declared might not matter that much for consumer spending. Concerns about a “second wave” of coronavirus infections have prompted local authorities to implement a second wave of containment measures in recent days. Residents in many cities were requested to stay at home last weekend and many shops didn’t open. And a sharp drop in restaurant goers suggests many heeded the advice. (See Chart 2.) That plunge came after a slight uptick in restaurant reservations in mid-March that had suggested “restraint fatigue” was setting in.

The number of passengers on the Yamanote line – the aorta of Tokyo’s subway network – fell 70% y/y over the weekend. And a nationwide survey conducted by Nikkei last weekend showed 83% said they were avoiding leaving the house, up from 43% in late-February.

As such, we have revised down our forecast for consumption growth in Q2 from -2% to -5% q/q. However, the spread of the virus is still on a knife edge – or the “edge of edges” as Economy Minister Nishimura put it this week – so the next few days will give some indication as to whether our forecast is too bearish, or indeed too bullish.

A large fiscal stimulus package is set to announced early next week. The most insightful data release is likely to be March’s Economy Watchers survey.

The unemployment rate stayed at 2.4% in February which is consistent with base pay growth of just below 1%. We have pencilled in a slight weakening in regular wage growth from 0.6 to 0.5% y/y in February going by the old sampling method which the Ministry of Labour still publishes.

While we expect bonuses to have taken a hit as companies braced for a virus-led downturn, they typically account for less than 2% of total pay in February so shouldn’t have dragged down total cash earnings too much.

And looking further ahead, we think total wage growth will average -1% y/y this year as corona disruption causes unemployment to spike and falling corporate profits cause bonus payments to drop sharply.

To be sure, virus-related disruption was a headwind to business investment in February. But given that other activity indicators and the manufacturing surveys held up well, we are not expecting a sharp fall in machinery orders to have occurred. Moreover, domestic machine tool orders rose in February. We have pencilled in a small fall in “core” orders.

Looking ahead though, global efforts to contain the virus should severely damage non-residential investment, which we expect to fall by 6% this year. 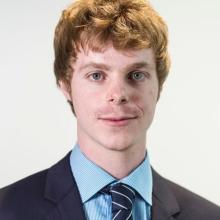 PM Kishida’s plan to lift spending on childcare would take the total outlay to the highest in the OECD. However, this likely won’t have much of an impact on the stubborn decline in fertility. After...

10-year JGB yields have traded well within the 50bp tolerance band since the BoJ maintained its policy settings on Wednesday. Even so, we still expect the Bank to jettison Yield Curve Control in April...

Industrial production probably recorded the largest fall since the slump at the start of the pandemic last quarter. Q4 GDP will nonetheless rebound, helped by a strong recovery in services activity...