Recession, recession, recession. If the sheer volume of headlines screaming about a downturn were any guide, the US economy would be fast entering a recession – if not in one already. In fact, our US Economics team expects growth to slow to a 20-year low but to narrowly avoid a formal recession. Having finally abandoned its insistence that inflationary pressures are transitory, the Federal Reserve is belatedly – but aggressively – hiking rates. That will weigh on residential investment and extend a run of weak consumption growth, Paul Ashworth, Andrew Hunter and Michael Pearce say in their Q3 US Economic Outlook. Although the stock market has plunged this year, and the Treasury yield curve has partially inverted, the evidence for a recession is unconvincing, the team argues. They show how readings of forward-looking activity indicators point to a slowdown rather than an outright downturn, but also how household balance sheets are in shape to withstand higher rates. 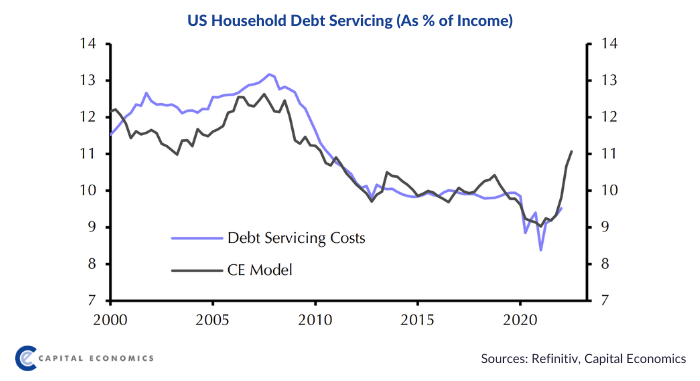 The extraordinary surge in inflation may have been at the heart of the dilemma facing the US economy this year, but the relentless rise in the headline rate will soon reverse on the back of slower growth and the drop in commodities prices. The team also explain why core inflation is expected to fall sharply later this year. For now, high inflation will force the Fed to keep hiking, but better news on the inflation front will open the door to an unwinding of monetary tightening later next year – earlier than the Fed is currently projecting. Learn more about how shifting inflation dynamics will affect the Fed's policy calculus, as well as our latest views and forecasts on economic growth, in our Q3 US Economic Outlook.