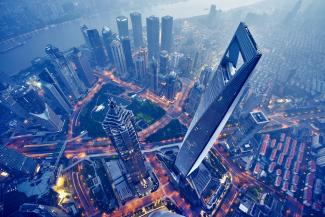 The Golden Age for Emerging Markets Is Over

This research collection explains why the 2000s were an aberration for growth in emerging markets, and why the coming decades will be much slower.

Rapid EM growth in the 2000s and early 2010s was a one-off. And headwinds to EMs’ prospects are building, including deglobalisation and China’s structural economic slowdown.

In aggregate, we expect EM GDP growth to ease from an average of 5.5% in the 2000s and 2010s to around 3.5% in 2020-2040. Growth will still be faster than that in the developed world but incomes will converge more slowly than previously.

Over the next decade, India could lead EM growth while China’s trend rate of growth will slow to just 2% and growth in poorer EM regions (Africa and Asia) could outpace those in richer ones (Emerging Europe and Latin America).

This slowdown need not in itself be bad for the rest of the world. That said, given China’s high debt level, there is a risk that its adjustment to slower growth is not a smooth one.

And there are geopolitical implications too; if we are right in expecting China’s growth rate to slow, assumptions that China will overtake the US to become the world’s biggest economy will be proved wrong. 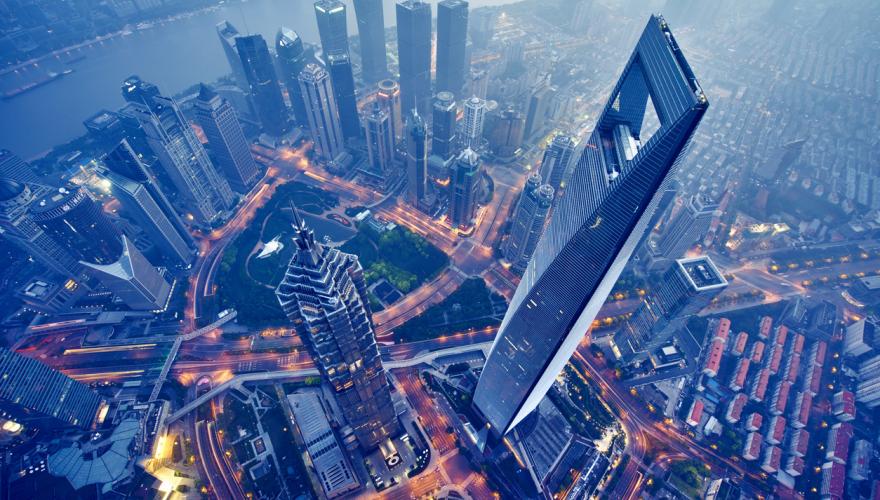 The EM golden age is over

Five years on from the “End of a Golden Age”

Group Chief Economist Neil Shearing revisits our 2016 prediction of the end of the golden age for EMs, explaining how the structural issues that we'd originally warned about have deepened. 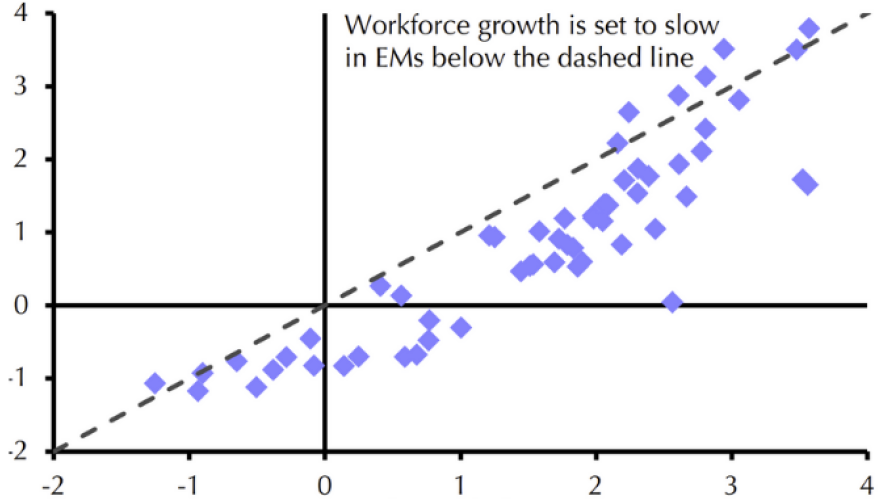 The em golden age is over

The end of the Golden Age

This 2016 report showed why the emerging market growth seen during the 2000s won't repeat over the coming two decades. 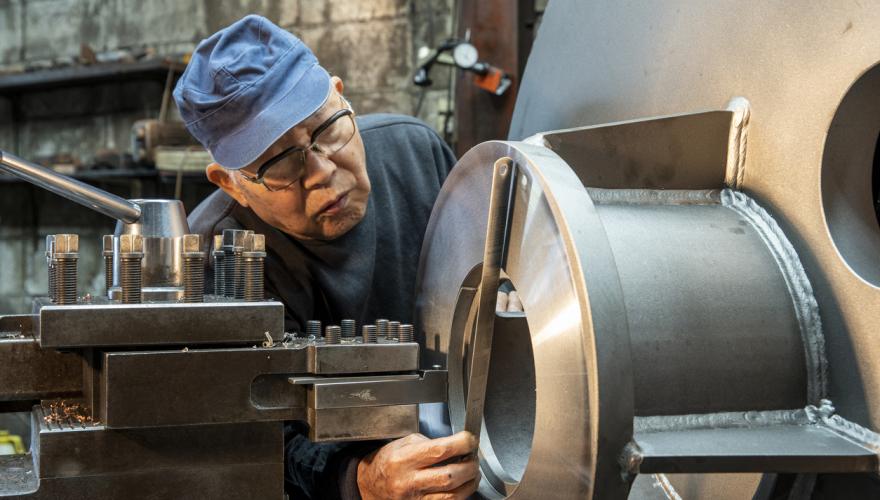 The EM golden age is over

Weaker growth is here to stay

In 2019, we showed why worsening demographics and lower productivity growth would result in the collapse of Asian growth rates by the end of the 2020s. 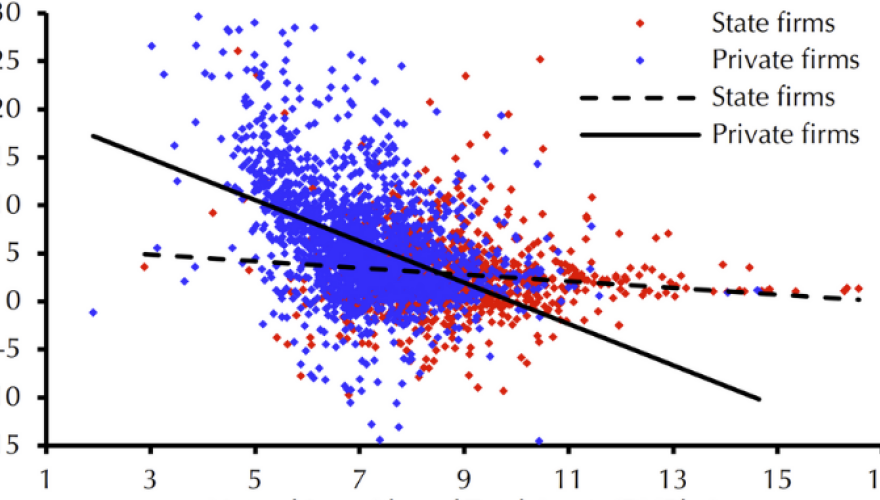 The EM Golden Age is over

The coming slowdown in China

This 2018 report laid out why we think bullish assumptions about China's long-term growth prospects are misplaced – and why 2% growth will be the norm by next decade. 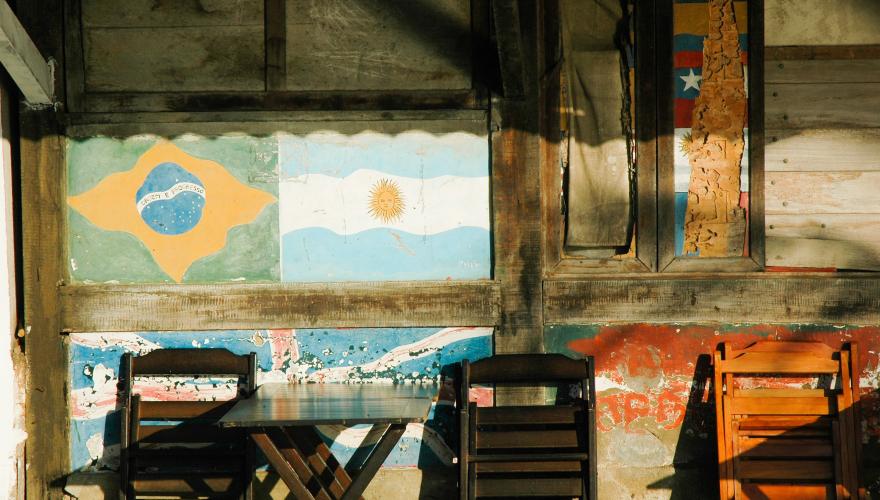 Several EMs in Latin America, as well as South Africa, Nigeria, India and Turkey could use financial repression policies to deal with the legacy of higher public debt burdens resulting from the...

India’s economy is all but certain to contract this year for the first time since 1979. And the government’s reluctance to respond to the coronavirus crisis as aggressively as those elsewhere means... 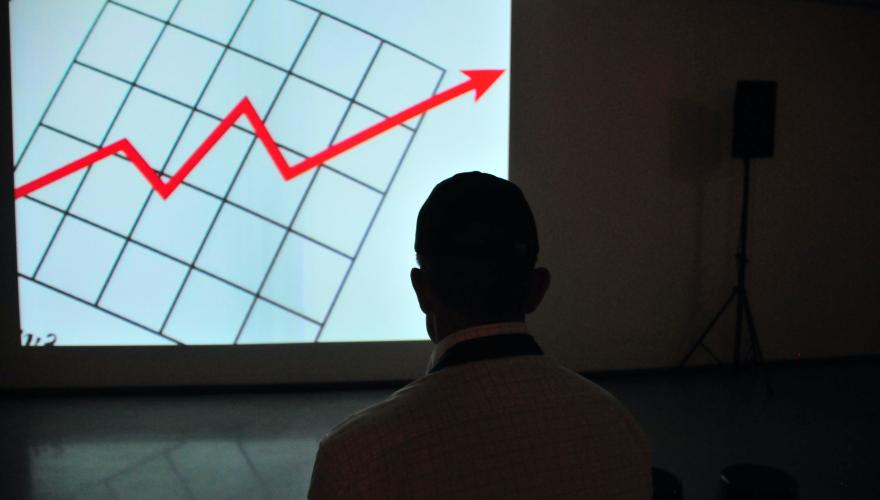 All EMs have entered a period of permanently weaker growth but it remains the case that growth rates over the next decade or so will differ significantly between countries. In this Focus we identify... 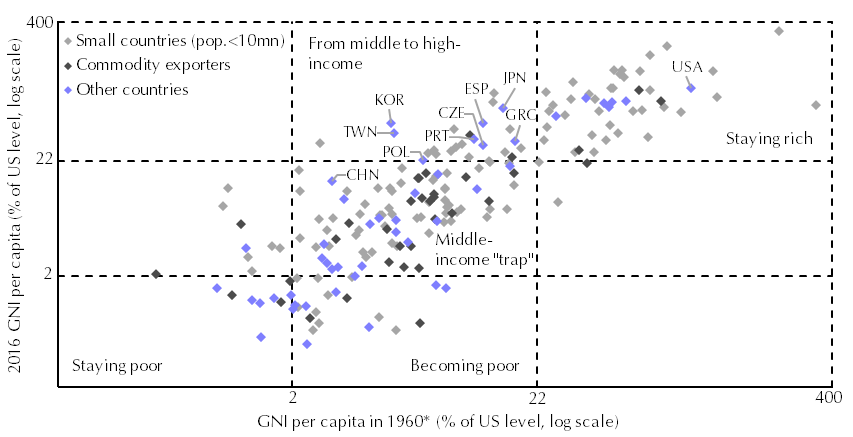 The coming slowdown in China

China has had a stellar run during the past few decades, achieving sustained rates of growth only even previously seen in a handful of emerging economies. Most major forecasters expect this... 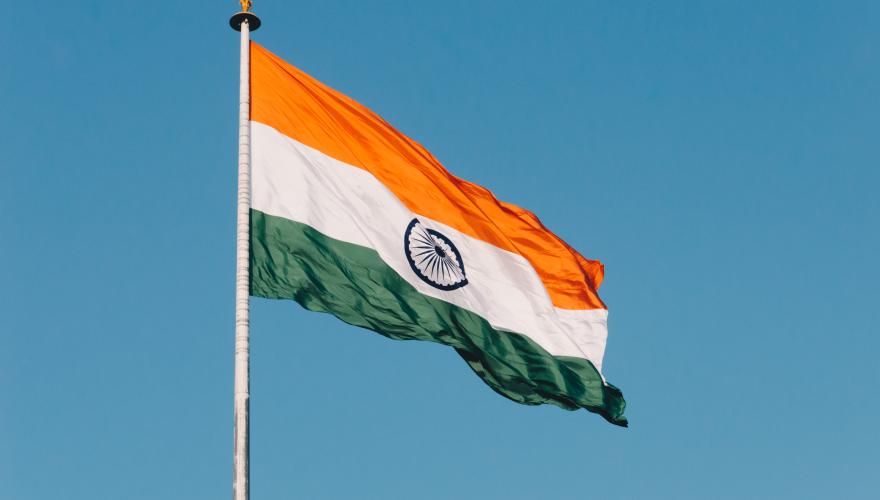 Is India finally coming of age?

Talk of India’s potential to become the “next China” is inevitable given their enormous populations, and will intensify as China’s economy slows. Those hoping that India can match China’s former rates...

African economies will probably remain among the fastest-growing in the world over the coming decades. But slow productivity growth will prevent convergence with high income countries. Indeed, we... 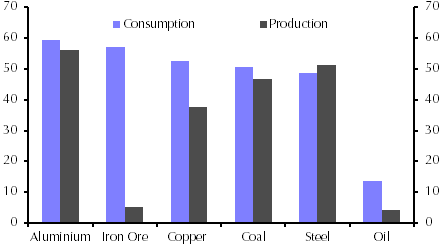 China slowdown key to commodity prices in the 2020s

The structural economic slowdown which we expect in China over the coming decade will weigh heavily on consumption of industrial commodities and their prices. Steel will be by far the most affected... 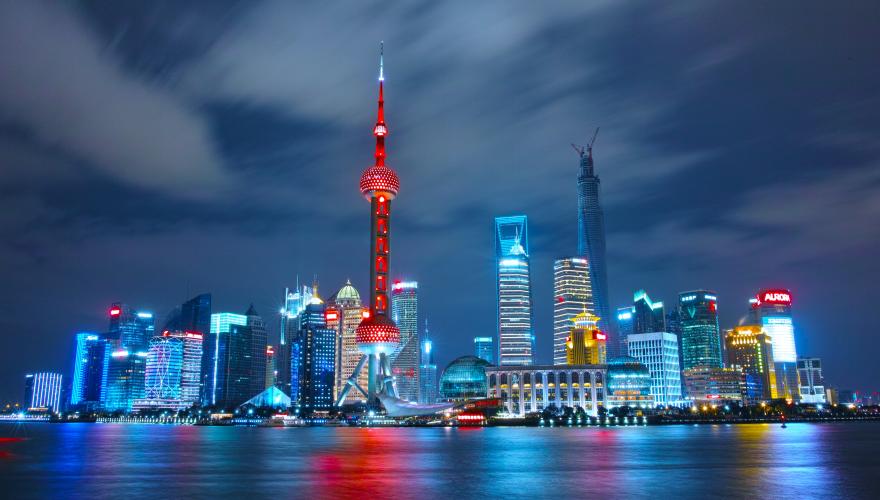 How will the rest of the world cope with 2% growth in China?

Contrary to the mainstream view that China will keep growing at fairly rapid rates, we expect GDP growth there to slow to 2% by 2030. This slowdown need not in itself be bad for the rest of the world...