A divisive stop-off on an Asia tour, and the Taiwan issue once again flared up. Nancy Pelosi’s visit to Taipei set global markets on edge at the start of August amid concerns that it could invite an aggressive Chinese response and put in train events leading to President Xi Jinping authorising an attempted military takeover of the island.

China’s immediate response to the visit followed a relatively familiar playbook. Along with reports of limited cyberattacks, the government imposed a small number of sanctions on some Taiwanese foodstuff imports and launched live-fire exercises, as it did during the island’s 1996 presidential election. Financial markets moved on, bouncing back from initial losses caused by uncertainty about the visit and the extent of Beijing’s retaliation.

A degree of calm has returned, as it did after previous flare-ups, but this issue isn’t going to go away. The question over Taiwan – unresolved since the end of the Chinese Civil War in 1949 – should give investors plenty of reason to worry. This is the world’s biggest geopolitical flashpoint and the risk of escalation has only increased in recent years, not least because of Xi’s more assertive foreign policy and the associated tensions around US-China decoupling.

As Chief Asia Economist Mark Williams notes in a new report, the People’s Liberation Army’s (PLA) options for seizing political control of Taiwan carry the acute threat that a local crisis spirals into something far worse.

“Crisis scenarios short of full invasion all come with a high risk of escalation. It may not be possible to restore stability after a major breach in the status quo. Even if not the initial intention, these scenarios could easily spiral towards a cross-Strait war and to a hard decoupling of China from the West,” Williams said.

Williams’ report, published the day that the US House Speaker landed in Taipei, lays out a number of military scenarios through which Beijing could bring Taiwan under political control – and their implications for the global economy and financial markets. Although it’s widely assumed that the Chinese military would launch an amphibious invasion to take the island, Williams shows how a D-Day or Inchon-style landing isn’t Beijing’s only option.

For example, Taiwan controls more than 100 mostly-uninhabited islands and islets in the Taiwan Strait and South China Sea. In the report, Williams discusses how China could seize one or more of these, claim sovereignty, and use that show of force to attempt to bring Taiwan’s government and its people to heel.

This may be among the more militarily-constrained of the PLA’s options, and it may not have direct economic implications. But, as Williams explains, it would not be without consequence: China’s action would cause financial markets to panic that this was the first stage of a broader invasion. As sanctions on Beijing were tightened by Western allies, corporates and governments would begin enacting contingency plans drawn up for a full-blown invasion, leading to massive upheavals to supply chains.

This gives just a hint of the broader risks of escalation and the economic disruption that would come with Beijing’s attempts to unilaterally resolve this issue.

Williams’ sobering but necessary report should leave investors in no doubt that any move that dramatically compromises the fragile cross-Strait status quo risks leading economies and markets down a very dark alley.

To receive your introductory version of ‘The economic consequences of an attack on Taiwan’ click here. 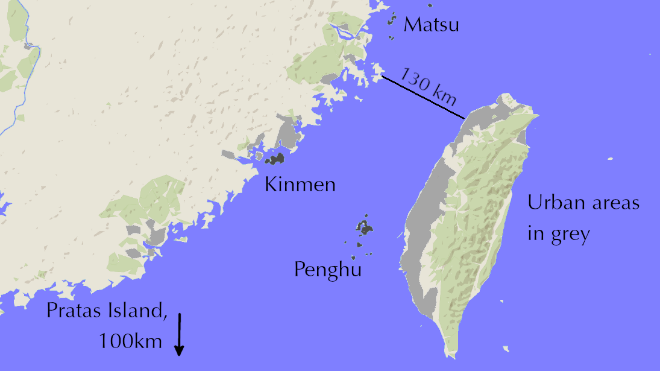 The economic consequences of an attack on Taiwan

China’s leadership has options other than invasion to coerce Taiwan to submit to its political control. The immediate economic and financial ramifications would differ in each case. But any scenario...

Taiwan’s central bank today raised its main policy rate by 12.5bp (to 1.625%), and with inflation easing and growth set to struggle, further tightening is likely to be gradual.

A Russian invasion of Ukraine would not make a Chinese attack on Taiwan more likely and would not undermine the willingness or ability of Taiwan’s allies to come to its defence.